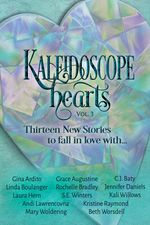 The Kaleidoscope Hearts 3 ebook is available for free until May 14, 2021.

Around every corner and even right in front of you, love is spinning fabulous stories.

Whether it is the town's most eligible bachelor coming to your rescue, or the friend you denied your attraction to for years on end, Love finds a way to make our lives into something magical. Go for a drive down a road that leads to romance or say "yes" to a date that you can't imagine will go well. Sometimes, in the wish to have your heart's desires fulfilled, you find that what you've always wanted has been right in front of you all along.

From the pain of past romances, to the premonition of a future you never expected, these love stories will leave you with Happily-Ever-After, and so much more.

Fans of Kristan Higgins, Nicholas Sparks, Debbie Macomber, & Josh Lanyon won't want to miss this breathless collection of romance in all its colors.

Just like a kaleidoscope, every shade and shape of love is imprinted on our hearts. Grab your copy today and find a few new stories to fall in love with! 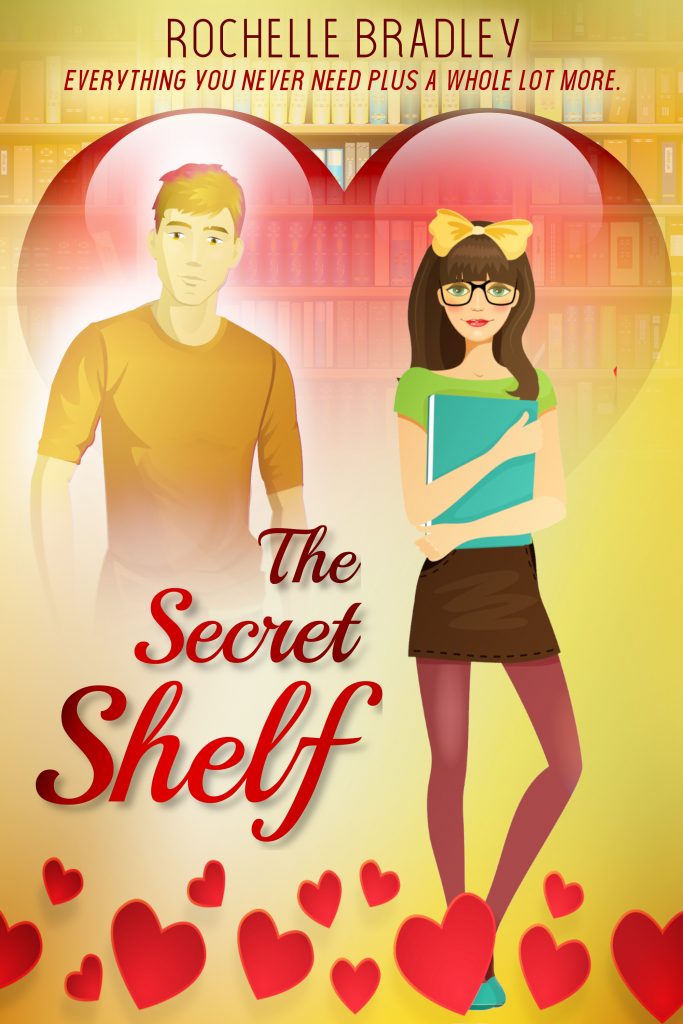 Available February 14 as part of the Kaleidoscope Hearts 3 Anthology!

I’m Kate, and I work in a dream store full of local artisans’ wares and indie authors’ books. At the Secret Shelf rumors fly and maybe a dragon or two. Okay, not dragons.

Besides helping someone find the perfect book—yes, I have read at least one from each author, my other jobs include, but are not limited to, coaxing the statuesque new girl away from the customer service desk, dodging my boss, sipping Blissful Beans, and crushing on Brody.

Brody—what can I say beyond yum? He could have stepped out of a skinny jean ad. Hair with highlights I’d paid for, manicured hands, smells like heaven, and has a tight—well, you get the idea.

Preorder The Playboy's Pretend Fiancée now for 99 cents. Available May 4, 2021.

Welcome to Fortuna, Texas where the men read romance novels. This sweet, heartwarming romantic comedy is set in the small town of Fortuna and can be read as a standalone or as part of the Fortuna, Texas series.

When elderly Aunt Wanda announces she has cancer, Sawyer must wed in order to fulfill her dying wish and to receive his inheritance.

Can they keep appearances up while keeping their feelings at bay and will Wanda figure out it's a ruse?

“This list of items will belong to Mr. Sawyer Hickey if he follows these two stipulations.”

Warren peered over his reading glasses. “One—Mr. Hickey must marry in order to receive the Cummings’ manor house and the acreage surrounding it. Two—Miss Malone will be allowed to live on the premises until Sawyer marries or she decides to move out.”

Sawyer glanced up and met Stephanie’s gaze. “What the hell?” he mouthed. Stephanie shrugged, blushing again.

Nan came in carrying a glass and pill case. “Time for your medicine and a rest.”

Wanda yawned, then tried to stand. The fuzzy peach blanket fell to her stocking feet and she swiveled off balance, stooping for it. Sawyer caught her elbow and helped her into the bedroom. Stephanie brought the blanket and laid it on the foot of the bed.

Nan waved them out of the room. “Goodnight, y’all.”

Warren handed them each a packet, then closed his briefcase. “My card is stapled to the top. Call if you have any questions or when you get engaged.” Warren winked as Sawyer threw his hands into the air.

“Married! I can’t believe her,” Sawyer groused. “It can’t be legal.”

“It isn’t,” Stephanie hissed. She put a finger over her mouth and motioned to the hallway.

Sawyer followed her as she continued down to the kitchen. “Your aunt only wants what’s best for you,” Stephanie said, hugging herself.

“What’s best for me?” Sawyer slammed a fist on the table. “I don’t think so.”

Stephanie’s sad eyes turned hard. She jumped in front of him, poking him in the chest. “You listen to me, Mr. Hickey. Your aunt is dying, and she doesn’t want you to be alone. Can you think about someone other than yourself for once?”

Words left him. He rubbed his face. The sweet smell of coconut caught his attention and calmed him. “You’re right.”

Stephanie’s eyes widened. “I am?”

He touched her face. She stepped back, bumping into the island.

Sawyer sighed. “I’m sorry, it’s just…” He turned around and glanced out the window. “I just found out about the cancer and now this—stipulation.” He shook his head.

“Would you care to go to Hammered? I need a beer and to talk this thing out,” Sawyer said, throwing her a hopeful side-glance.

Stephanie had her bottom lip between her teeth. She sighed and finally mumbled, “I don’t know.”

“I’d really like to hear how the interesting caveat of Miss Malone living at the Cummings’ house came about.” Sawyer crossed his arms.

Welcome to Fortuna, Texas where the men read romance novels. This sweet, heartwarming second chance romance is set in the small town of Fortuna and can be read as a standalone or as part of the Fortuna, Texas series.

Lynette Dart had no intention of seeing her first love again. There are too many painful memories and a secret. But when Les returns to Fortuna, her heart aches to rekindle the relationship.

Les Moore hadn't planned on bumping into his ex let alone rescuing her. Yet holding her once more feels right, even if seven years ago she'd abandoned him in his hour of need.

Can Lynette and Les put the past behind them and find their happily ever after?

Here We Go Again was originally released in Take Two: A Collection of Second Chance Stories published July 17, 2020 by Writers on the River to benefit Thistle Farms.

“Oh, heavens be praised, look at what just walked in. Mm-hmm.” Bunny hummed, scanning Les from head to boots.

“Honey, why did you let that hunk of man-meat go?” Bunny asked.

“It’s complicated. We were young for starters.” Dredging the past up was not an option. “How do you like this color?” Lynette asked, directing the discussion away from the large tattooed man hovering by the reception desk.

Lynette applied the clear coat to Bunny’s nails, then led her to the nail dryer. “Thank you for stopping by, Bunny. I enjoyed our conversation.”

“Likewise, honey.” Bunny lowered her voice, “That boy’s gaze hasn’t left your body since he came in. There might still be something there. Just sayin’.”

Lynette returned polish to the shelf, then wiped down her station. Les approached her table and stared at a bottle of polish remover.

Lynette couldn’t breathe. His bulk invaded her space, hogging the air. She clamped her shaking hands in her lap.

She studied her knuckles, tears filling her eyes. Lynette shook her head, her raven locks curtaining her face. “Please leave,” she croaked. “I can’t do this.”

“Why are you afraid to confront what you did?” he growled.

His words stabbed her heart. Lynette balled her fists, jumping to her feet. Her chair rolled across the room and slammed into the wall. White hot anger fueled her wrath. “What I did? How about what you did? You’re the one who ruined everything by getting arrested and going to jail.” 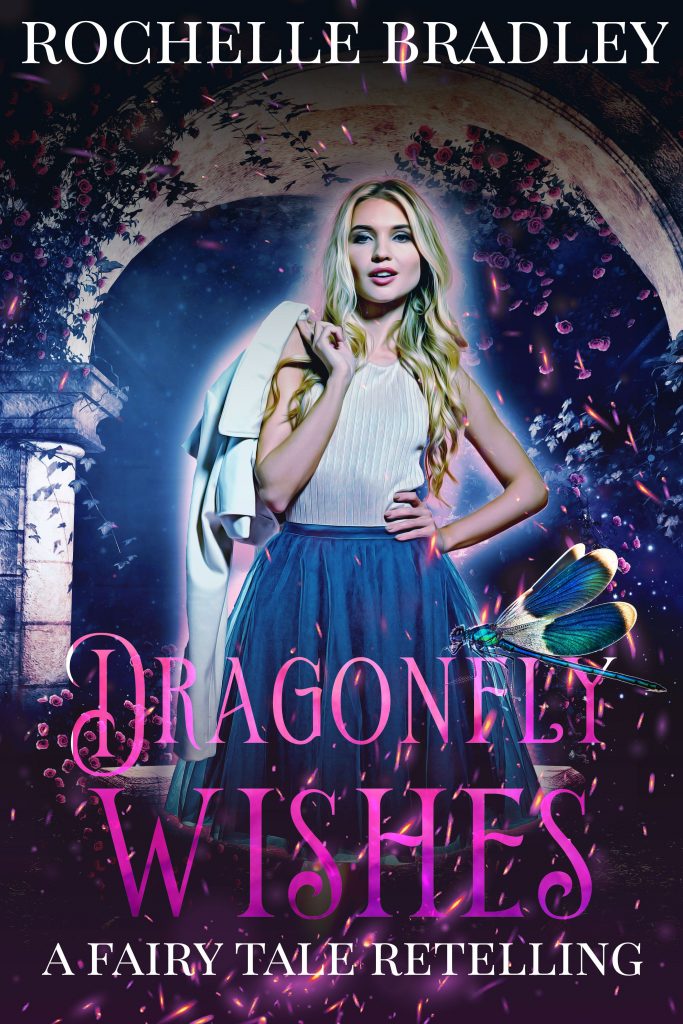 Dragonfly Wishes was originally released in Who's the Fairest? a Sister's Grimm Anthology on October 20, 2020. Bonus content has now been added.