The Fortuna Dare Society: A Book Club for Men 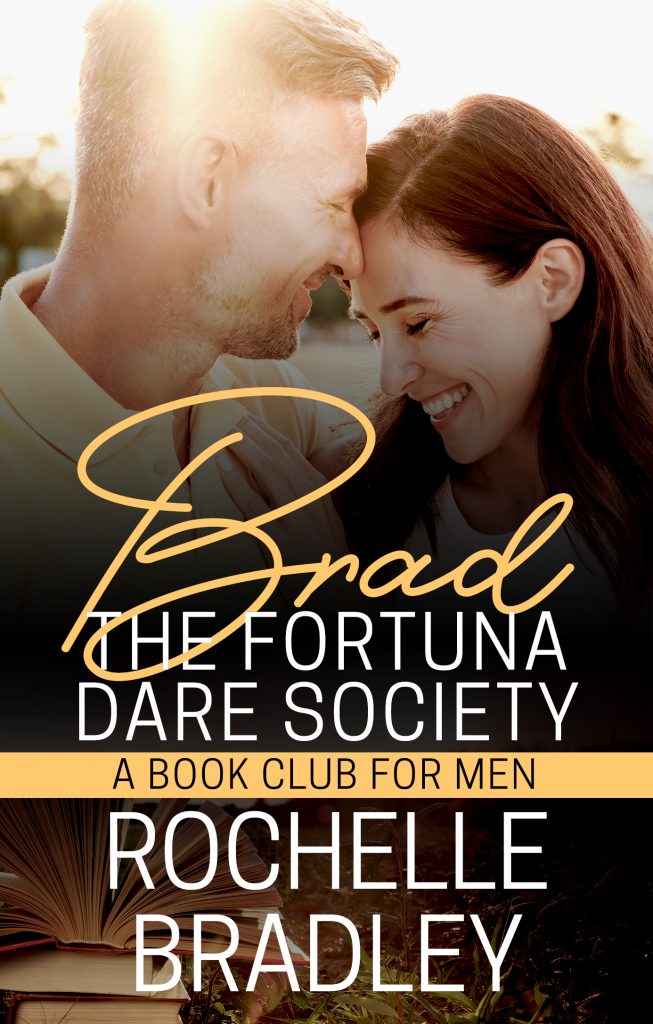 The Fortuna Dare Society: a Book Club for Men. What happens at book club doesn't necessarily stay at book club.

Welcome to Fortuna, Texas where the men are dared to love as big as they live. The men of widower Brad Davidson's book club, the Fortuna Dare Society, are dared to act out a trope, setting, and character with a significant other.

That poses a problem for Brad, who hasn't had serious relationship in over twenty years.

He likes the town librarian, but it might not amount to anything more than a strange, costume-staged-musically-enhanced meal.

Then again, he married the last woman he went out of his way to date.

Brad approached the Gift Spot across from the Tin Soldier Toy Shop. The shop owners had been slowly expanding the costume department. The space had only held children’s dress-up items at one time, but now the floor was for grown-up, cosplaying, romance readers.

The bell rang, and a puff of cool air met him as he entered.

“Howdy, are you on break?” Brad asked.

Canon grinned. “My shift starts in a few hours.” He pointed toward the back room where the costumes hung. “I wanted to get ideas for my hero. I’m sure they have superhero costumes.”

“According to B.J.’s amended rules, you could probably get away with a Captain America t-shirt.” Brad followed him.

“Any luck with your dare?” Canon asked, picking up a pirate eyepatch.

“Alien and fairytale.” Brad shook his head. The book he’d read had a humanoid creature with a three-pronged penis. He didn’t think he could try mating through multiple orifices and assumed Ophelia wouldn’t appreciate it on a first date. But it made for an interesting story.

“Name some fairy tales.” Canon glanced at his phone, then sent a text.

“The Little Red Riding Hood has a wolf. What if you changed it to a sentient wolf alien?” Canon asked, rubbing his chin. He found a rubber wolf mask with a dark gray mane.

“That will work if you forget the breath mints too,” Jasen said from behind them. “You’d never have to take it off.”

“Where’d you come from?” Brad asked, holding his hand over his heart.

“My office,” Jasen said, pointing. “Canon created a group chat. I wouldn’t be surprised if B.J. shows up soon.”

“Who, me?” B.J. sauntered into the room with a smirk. The white logo of the Longfellow Property Management was embroidered on his navy polo shirt.

“Wonderful,” Brad murmured, glancing at the ceiling. “You can’t start a circus without the clowns.”